A Brief Look at Flatonia's Past 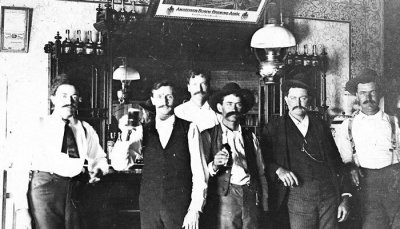 By 1873 Flatonia was only the latest in the westward progression of towns established along the tracks being laid by the Galveston, Harrisburg and San Antonio Railway. Named after F. W. Flato, one of its leading citizens, and incorporated in 1875, Flatonia soon became a bustling trade center for cattle and agricultural products. Small manufacturing enterprises filled many local needs from bricks to brooms. Having a four to one ratio of saloons to churches in the early days, however, meant that the weekend peace of the more settled merchant class was often disturbed by rough riding cowboys engaged in their favorite leisure time activities of drinking, gambling, and—yes—occasionally shooting up the town.

Eventually more civilized influences prevailed, especially with the advent of numerous fraternal and social organizations. A Flatonia Casino Society was established in 1879 for the promotion of the arts and music. Clubs were often divided along gender lines so men had their “secret societies” like the Masonic Lodge and the Knights of Pythias, while women had their Missionary Society and Shakespeare Club.

Trains brought all sorts of entertainment to town through the years, with troupes of actors, singers, and magicians stopping over to perform at the local opera house, or with circuses, medicine shows, and dog and pony shows setting up their tents along the main street. To look at the newspaper advertisements and descriptions of local social events, one would think there was never a dull moment in Flatonia back in those “good old days”! 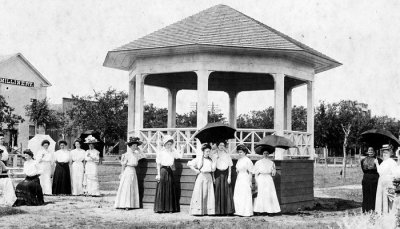 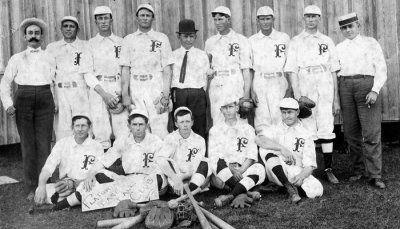 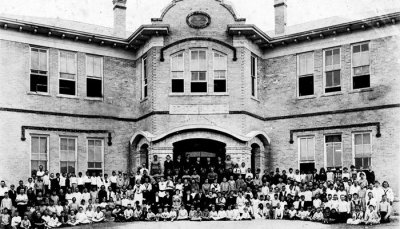 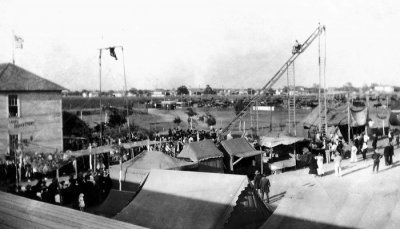 The construction of a second railway through Flatonia in 1887--the north/south S.A.A.P.--proved to be a mixed blessing as other stops along the line grew up to compete for trade. Nevertheless, Flatonia again enjoyed a period of vitality and commercial growth in the early 1900s.

While people and businesses came and went in the commercial district, institutions such as the Flatonia Fair (1913 - 1936) and the Flatonia Lake Club (1915 - 1930) offered fun and recreation well into the Great Depression. By 1941, Flatonia was once more a hub of activity as young men and women went off to serve their country and those who stayed behind did their bit for the war effort. The Boy Scouts collected tin cans, Southern Produce turned out frozen scrambled eggs for the troops and the Flatonia Box Factory made crates for shipping just about anything to anywhere. This era is perfectly captured in a 1941 film about the town--a priceless time capsule of everyday life in the early years of World War II--which may be seen at the museum or purchased for home viewing.

For more, visit the E. A. Arnim Archives & Museum--your gateway to Flatonia’s past!

We are committed to ADA compliance. Read our accessibility statement